The Medical Device Innovation Consortium (MDIC) is pleased to announce the addition of three new members to the Board of Directors: Jim Hollingshead, Kevin Sayer, and Randall L. Rutta. The Board provides leadership for carrying out the Consortium’s mission to promote patient access to safe and effective medical technologies. 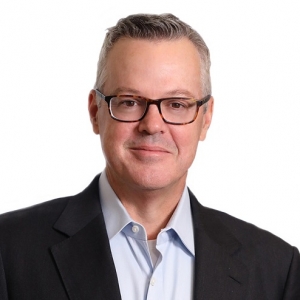 Jim Hollingshead was appointed president of ResMed’s Sleep and Respiratory Care business in June 2020, an extension of his role as president of Sleep, which he’s held since July 2017. He previously served as president of the company’s Americas region, beginning in March 2013. He joined the company in 2010 as vice president of Strategy and Business Development. In 2011, his role was expanded to include the leadership of ResMed’s Ventures and Initiatives unit, responsible for growing early-stage businesses. An industry leader in digital health, Jim helped create and execute ResMed’s strategy to transform its business – and the sleep therapy industry – by introducing built-in communications on all of its sleep apnea devices, coupled with cloud-based business process automation applications that help customers grow revenues while also cutting costs. Under Jim’s leadership in the Americas region, ResMed launched the Air10™ Series of cloud-connected CPAP machines, which led to rapid share gains and unprecedented adoption of its SaaS platforms.

Kevin Sayer is the Chairman of the Board of Directors, President and Chief Executive Officer of Dexcom. Kevin assumed the role of CEO in January 2015 and became Chairman of the Board in July 2018. Kevin has also served as our President since 2011. He held the role of Chief Operating Officer from January 2013 until January 2015. Kevin has served as a member of Dexcom’s Board of Directors beginning in November 2007, prior to his role as Chairman and CEO. Prior to leading Dexcom, Kevin held various management positions in his prior roles. He served as Chief Financial Officer of Biosensors International Group, Ltd., Executive Vice President and Chief Financial Officer of Specialty Laboratories, Inc., Chief Financial Officer of MiniMed, Inc., and Vice President and General Manager of Medtronic MiniMed after the acquisition of MiniMed by Medtronic. 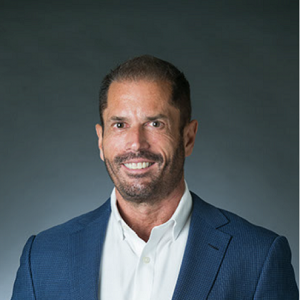 Randall “Randy” Rutta is a senior health care executive dedicated to policy-to-practice solutions that interpret, influence, and improve federal and state health care policies to enhance public and private sector health care innovation, outcomes, and efficiency. Rutta joined the National Health Council (NHC) in February 2021 as the organization’s Chief Executive Officer. As CEO, Rutta leads the NHC, as it enters its second century, with the goal of affecting change across the entire health system and promote increased access to affordable, high-value, sustainable health care. The NHC brings diverse organizations together to forge consensus and drive patient-centered health policy, and Rutta inspires the NHC staff to implement a Board-driven strategic plan and public policy and advocacy efforts.

This site uses cookies to improve your browsing experience; the website may not work as expected without them. By continuing to browse this site, you consent to the use of cookies.

We may request cookies to be set on your device. We use cookies to let us know when you visit our websites, how you interact with us, to enrich your user experience, and to customize your relationship with our website.

Click on the different category headings to find out more. You can also change some of your preferences. Note that blocking some types of cookies may impact your experience on our websites and the services we are able to offer.

These cookies are strictly necessary to provide you with services available through our website and to use some of its features.

Because these cookies are strictly necessary to deliver the website, refuseing them will have impact how our site functions. You always can block or delete cookies by changing your browser settings and force blocking all cookies on this website. But this will always prompt you to accept/refuse cookies when revisiting our site.

We fully respect if you want to refuse cookies but to avoid asking you again and again kindly allow us to store a cookie for that. You are free to opt out any time or opt in for other cookies to get a better experience. If you refuse cookies we will remove all set cookies in our domain.

We provide you with a list of stored cookies on your computer in our domain so you can check what we stored. Due to security reasons we are not able to show or modify cookies from other domains. You can check these in your browser security settings.

These cookies collect information that is used either in aggregate form to help us understand how our website is being used or how effective our marketing campaigns are, or to help us customize our website and application for you in order to enhance your experience.

If you do not want that we track your visit to our site you can disable tracking in your browser here:

We also use different external services like Google Webfonts, Google Maps, and external Video providers. Since these providers may collect personal data like your IP address we allow you to block them here. Please be aware that this might heavily reduce the functionality and appearance of our site. Changes will take effect once you reload the page.

The following cookies are also needed - You can choose if you want to allow them: